Let’s look at titles from the Middle East Today.

The Librarian of Basra:Â A True Story from Iraq

Alia Muhammad Baker is a librarian in Basra, Iraq. For fourteen years, her library has been a meeting place for those who love books. Until now. Now war has come, and Alia fears that the library–along with the thirty thousand books within it–will be destroyed forever.

In a war-stricken country where civilians–especially women–have little power, this true story about a librarian’s struggle to save her community’s priceless collection of books reminds us all how, throughout the world, the love of literature and the respect for knowledge know no boundaries. Illustrated by Jeanette Winter in bright acrylic and ink.

Sounds great, right? Other people obviously don’t feel the same way and have challenged the book “because ofÂ violent illustrations and storyline” which Â is rather irrational because what would kind of story do you expect to hear when reading about a war torn country? Perhaps the age group was not appropriate for the book.

Another book about growing up in war ravaged countries?

Persepolis:Â The Story of a Childhood 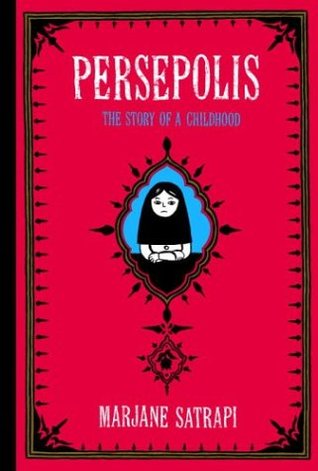 Persepolis is another example of a book I’ve been meaning to read.

Persepolis paints an unforgettable portrait of daily life in Iran and of the bewildering contradictions between home life and public life. Marjaneâ€™s childâ€™s-eye view of dethroned emperors, state-sanctioned whippings, and heroes of the revolution allows us to learn as she does the history of this fascinating country and of her own extraordinary family.

This challenge and ban is particularly interesting; it was removed from the shelves Â dueÂ to â€œgraphic illustrations and languageâ€Â and concerns about â€œdevelopmentalÂ preparednessâ€ and â€œstudent readiness.â€ The students, however, took to social media and traditional media voicing their displeasure with the school’s decision, which was eventually overturned.

Again, we should read these and judge for ourselves. Â Have you read either of these titles?

Don’t forget to enter the giveaway: