Get to Know my #atozchallenge Bookish Friends. Introducing Arlee!

Arlee in the Library

Well, you know PammyPam likes to make new friends and also to learn about new books! I’ve invited my friends from the Blogging from A to Z Challenge to come over and chat about a book they love. Never one to back down from a challenge, Arlee didn’t want to be left out. Let’s see what book he’s chatting about today.  This should be good.

Flannery O’Connor’s “Everything That Rises Must Converge”

Aside from the Little Golden Books that were a part of my life from my earliest memories, the first book that I could call my very own was a book about insects that my parents gave me at Easter when I was five.  I have no idea why they gave me that book, but this was the beginning of my passion for collecting books.

For many years my home library primarily consisted of Hardy Boys mysteries and the Tom Swift science fiction series.  In adolescence I joined the Doubleday Book Club and began acquiring a broad selection of novels, short story collections, and non-fiction.  An eclectic reading interest flourished in me as I avidly consumed book after book.

In my college years at the University of Tennessee I majored in English.  A new world of Southern Literature was introduced to me.  I began reading William Faulkner, James Dickey, Eudora Welty, Cormac McCarthy and a host of others.  It was unlike most of what I had read in the past.

The author I’m here to proselytize about is Flannery O’Connor.  Her body of work is relatively small in comparison to many authors, but her stature and influence has been pervasive.  She only published two novels and three short story collections.  The short story is where she excels.  Her stories are strange, mystical, and sometimes rather frightful.

The collection I would most recommend to readers is Everything That Rises Must Converge.   This book is filled with some of the strangest characters you will ever meet in some of the most outlandish stories you may ever read.   Keep in mind that this is literature from the 1950’s with characters who reflect some of the racist attitudes of that time.  O’Connor’s intent was not to offend, but to accurately portray what the people she writes about were like.

Everything That Rises Must Converge is at times creepy, scary, and oftentimes funny.   O’Connor writes in a simple straight-forward style that makes her work highly readable.   Yet the profound nature of her themes will make you think and give you stories that may stick in your craw and haunt you long after you’ve read them.

If you’re interested in unique American literature with depth that is fluid and readable, I highly recommend starting with Everything That Rises Must Converge.  No matter where you start in Flannery’s work, you will be rewarded with a memorable reading experience.  She is one of the greatest American female authors and a giant of Southern Literature.

One of my favorites for sure! 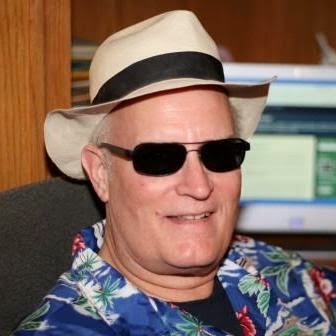 Arlee Bird is the originator of the Blogging from A to Z April Challenge.  More from Arlee can be found at his blogs Tossing It Out, Wrote By Rote, A Faraway View, and A Few Words.

Thanks Arlee! I’ve totally avoided O’Connor but I sure love Faulkner.  I think I’ll put this on my TBR list for summer!