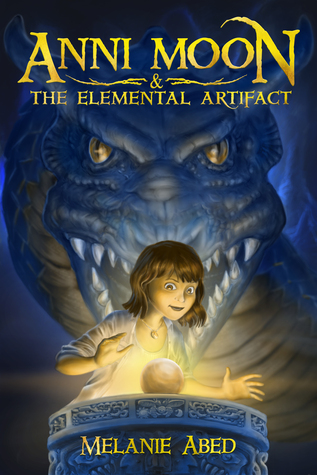 So I have this friend and I begged her to write a guest post for me. Reluctantly, she relented. I wanted her to tell me about her new book, Anni Moon & The Elemental Artifact.  Here she is:

Anni Moon & The Elemental Artifact is a modern day fantasy, action-adventure, with a dash of mystery, for readers aged 10 to 100, but more importantly, it’s a story about friendship, and two girls who will do whatever it takes to save the other.

In the creation of this story, I intentionally built a world with lots of ethnically diverse characters, defined by their personalities and choices, in hopes that children everywhere might feel represented. I, myself, grew up in a culturally diverse environment, that plus being from a large city I was always surrounded by multicultural ethnicities, so it was important to me that the characters in my story represent that, and celebrate this kind of diversity.

I started working on the world of Anni Moon well over ten years ago. The idea for Anni herself had been floating around in my head long before I started writing about her. As a child, I was always searching for a story about a tough, spunky girl who was brave in the face of danger, and adventure, very much like a female Indiana Jones, or a girl who saves the prince rather than the other way around. Yet, as a writer I’ve learned that it can be a challenge if the development of the character is too rigid and, I’ve found that in the writing, Anni has surprised me a lot. For example, Anni is very stubborn, probably more so than I had initially planned on, which has been useful in creating some humorous situations. The reader will find Anni dealing with all kinds of adversity, again, and again, and again, which was largely inspired long ago by editor Cheryl Klein’s workshop, The Essentials of Plot, which I basically used as a bible as I crafted the structure of my story, ad nauseam, to be sure I did it correctly.

Developing the Elemental world, I had my heart set on creating a truly unique one. Although I researched all kinds of different 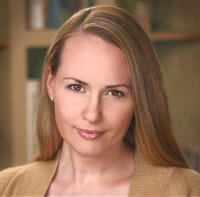 Elemental lore, I favored elements (no pun intended) of the Asian legends most, and found myself blending that with some Western folklore in order to create something truly distinct. For example, from the traditional Asian element Wood was born the Elemental travel sector, where Elementals utilize TreeTransport as their favored way to travel the globe in the bustling transportation center of LimBough. Throughout the story, I focused on the larger picture of the Elemental world showing: how Elementals lived and worked in their community, and how they deal with the dreaded Funk; how they existed alongside the human population – or in the case of the Wood Realms, not at all; how the Fectus used humans and infiltrated their world; how the Elofficial government’s rules regarding Funk and travel inhibits younger Elementals from traveling to human realms without proper DeFunkification; and, ultimately, what it would be like to throw a human into their world completely unaware of their existence.

The most challenging aspect of writing has been balancing what the reader needs to know, especially while introducing a huge new world, and striving to create an engaging plot that pushes the story forward. Even though this is the first in a planned series of six books, the reader can walk away feeling satisfied with the end. However, in future books, there is much to learn and explore in this world, especially for readers who love to speculate about different characters and plot lines, this is the kind of book they can look forward to digging into.

There are a few points I can agree with:

This book kind of reminds me of Harriet the Spy, no? I’m not an Indiana Jones fan, though. Too masculine and full of himself. I sure appreciate Melanie dropping by to chat with us, don’t you? 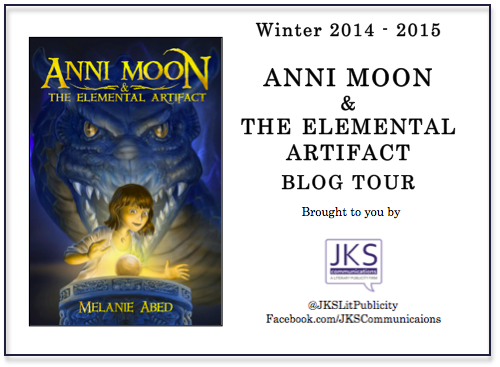