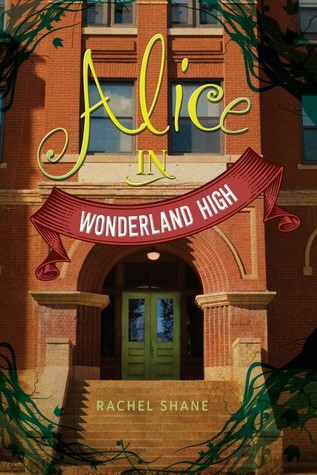 If you’ve been here longer than a minute, you know that I love the Mad Hatter from Alice in Wonderland.  Alice in Wonderland is smart, silly, and never ceases to amuse me.  There are so many layers to the story that if I had all the time in the world I would study the series for my PhD. I toss quotes around this blog from Alice all over the place.

I’m not the only one, apparently, who loves Alice and her adventures. There have been countless movies and book inspirations since, like forever.  We’ve even hosted a Mad Hatter tea party at the bookstore: 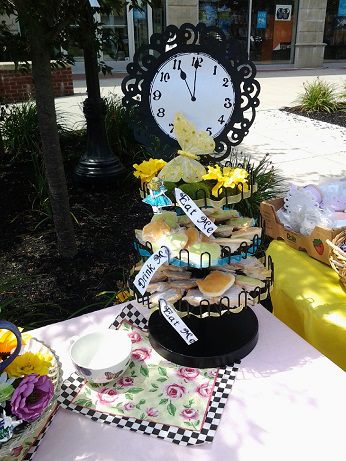 So it would be only natural that I would want to read a YA book about Alice in Wonderland (High)!

Sixteen-year-old Alice just can’t find a way to be free. Her parents are environmental activists whose cringeworthy public protests might involve chaining themselves to a fence and pleading with passersby to “Save the World. Save Alice!” It’s not that Alice doesn’t believe there’s work to be done. But after a petition to start a farmers’ market meets with more snickers than signatures, she figures she should shut up instead of speak out. At least, that is, until she can find something that feels real. Then along comes Whitney Lapin, a girl who speaks in cryptic riddles and spends her free time turning abandoned warehouses into beautiful gardens. Charismatic Whitney leads Alice on a rabbit trail into the underground—a.k.a. secret society—of Wonderland High.

Curiouser and curiouser. Alice is in wonderland! Even though Whitney’s group of teenage environmental vigilantes operates on the wrong side of the law, with them, Alice is finally free to be herself. She stomps on her good-girl image by completing a series of environmental pranks to impress the new group: flooding the school and disguising a pig as a baby in order to smuggle it out of a testing facility. She wants to trust them, and she especially wants to trust (or maybe kiss) Chester Katz—a boy with a killer smile, a penchant for disappearing, and a secret that will really turn Alice’s world backwards. But then one of the young vigilantes tries to frame Alice for all the pranks, and she must figure out their secret before she ends up in front of a jury that’s screaming, “Off with her head!”