The 12 Books of Christmas

Every day we’ll share a new book together as we count down the days to Christmas!

THE SECOND DAY OF CHRISTMAS 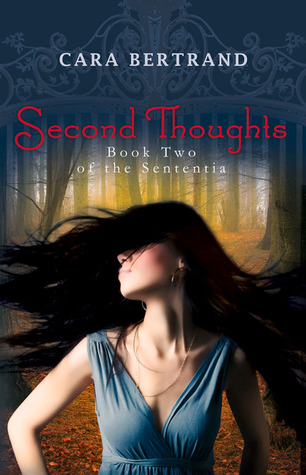 I had the chance to read Book Two! As you know, it’s difficult to read a book out of sequence (which I’m not ashamed to admit I’ve done before) but the great thing about Second Thoughts is that Bertrand does a good job of getting you acclimated with her characters.

Secrets, lies, and looming deaths—all things Lainey Young deals with in a typical day of high school. In her senior year at Northbrook Academy—a New England boarding school where the majority of the students and nearly all the staff are members of the Sententia, a hidden society of the psychically gifted—Lainey has even more to worry about. Things like classes, college, her boyfriend, and, of course, the vision she glimpsed of her impending death. But to her surprise, Lainey finds one worry she can cross off her list, namely Senator Daniel Astor, the leader of the Sententia. After a shocking discovery when they finally meet, Lainey realizes maybe she was wrong to distrust the Senator. She relaxes even further when he seems to accept her refusal to work for him after graduation. But with her secrets mounting and the time to solve them running out, there’s a final enigma Lainey hasn’t yet encountered: Daniel Astor doesn’t take no for an answer. Ever.

So if you read that blurb and you’re all like: say what now? and Daniel Who? like I was when I first picked up the book; it didnt take long to figure out who to trust.

And who not to.

While you’re holiday shopping, grab book one, Lost in Thought (The Sententia #1):

Lainey Young has a secret: she’s going crazy. Everyone else thinks she has severe migraines from stress and exhaustion. What she really has are visions of how people died—or are going to die. Not that she tells anyone that. At age 16, she prefers keeping her crazy to herself. When doctors insist she needs a new and stable environment to recover, Lainey’s game to spend two years at a private New England boarding school. She doesn’t really think it will cure her problem, and she’s half right. There is no cure, but as she discovers, she’s not actually crazy. Almost everyone at Northbrook Academy has a secret too. Half the students and nearly all the staff are members of the Sententia, a hidden society of the psychically gifted. A vision of another student’s impending death confirms Lainey is one of them. She’d like to return the crappy gift of divining deaths with only a touch, but enjoys spending time with Carter Penrose—recent Academy graduate and resident school crush—while learning to control it. Lainey’s finally getting comfortable with her ability, and with Carter, when they uncover her true Sententia heritage. Now she has a real secret. Once it’s spilled, she’ll be forced to forget protecting secrets and start protecting herself.

That way you’ll be all set when the next book comes out.

I mean IF a new book comes out. 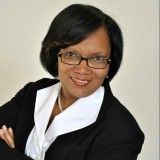