I’m so friggin fraggin excited to share the letter R with you today!! My friend Kate Schatz, who’s the coolest thing since, chocolate frosting, wrote a book that’s perfect for the A to Z Challenge. 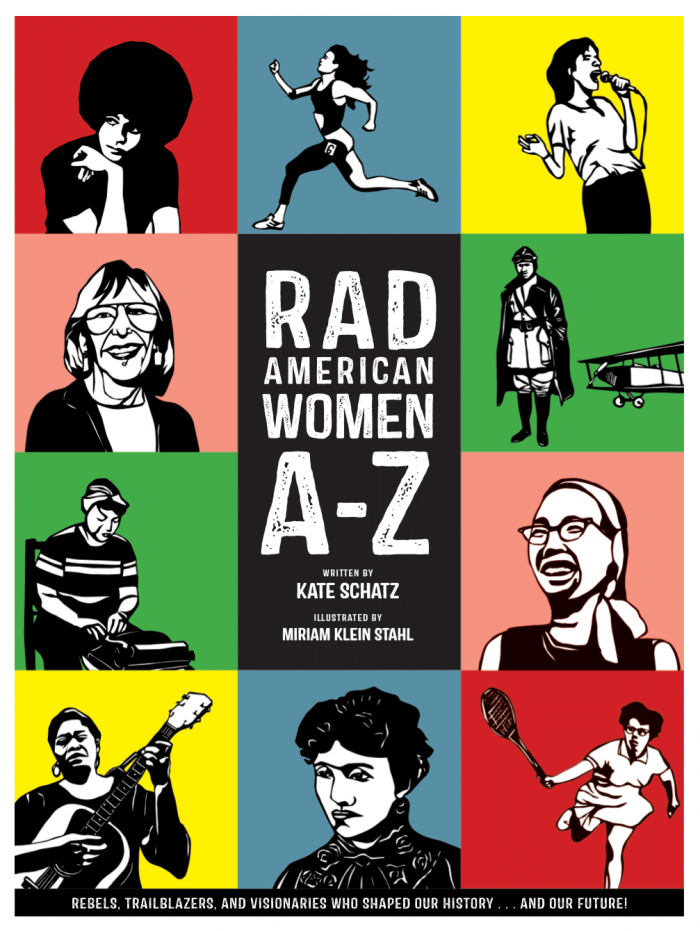 RAD American Women A to Z.

You and I already knew that women were rad, but did you know that there were so many other women who were butt kicking awesome? This is the alphabet book for the ages:

A is for Angela—as in Angela Davis, the iconic Black Panther. B is for Billie Jean King, who shattered the glass ceiling of sports; C is for Carol Burnett, who defied assumptions about women in comedy; D is for Dolores Huerta, who organized the unheard voices and exploited bodies of farmworkers; and E is for Ella Baker, who mentored Dr. Martin Luther King and is considered one of the most important African American leaders of the twentieth century.

And THAT my friends, is how the alphabet should be. From Angela Davis to Zora Neale Hurston, every rad woman of all shades, sizes, and fabulousness is inside this book. This is the kind of book that you read from cover to cover and then pick up periodically to freshen your memory because it’s just that useful.

They really should use this book in school.

Give Kate a shout and tell her you heard about her from me.

It also sounds like an awesome book to have at hand when writing a A to Z challenge. 🙂

Friggin fraggin? I love it.

Sounds like a good book with all those RAD American women in it 🙂
My A-Z posts: http://sundarivenkatraman.blogspot.in

Loving’ it. Bet someone picks it up for next year’s challenge. I’ll wait and read it through that forum 🙂 Visiting from A – Z Challenge. Linda

Go WOMEN!
We LOVE them!