Don’t let the cover of Noggin fool you. It’s not a flighty inconsequential book. 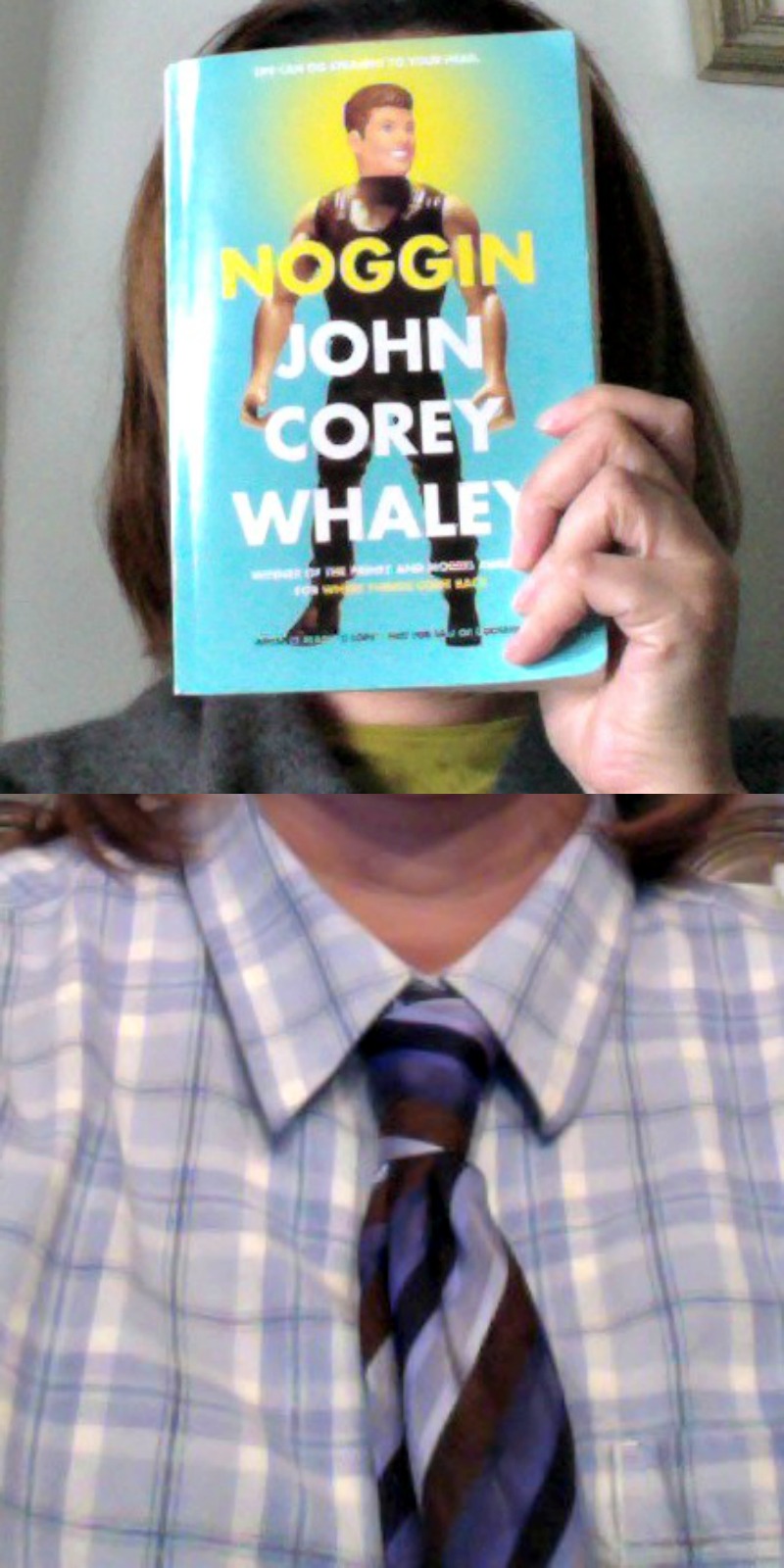 So do you have any idea what the book is about based on my lame attempt at a collage?

Look at the book cover?

Noggin is about a kid who was very sick and his parents signed him up for this new cryogenic program that puts loved ones to sleep on ice and then when the science is right, replaces their body parts with someone else’s who has died. In this case, Travis’ head is placed on the body of a kid who tragically dies.

Yep, it’s true! Travis comes back to life a few years later; alive and healthy. Meanwhile, as expected others around him have grown up or grown on and the world has changed. Travis, however, feels like he’s only been asleep so none of the changes make sense to him.

His former girlfriend is engaged to another man. He has to return to the high school he left, only now he’s in class with kids who were significantly younger than him all the time. And he’s somewhat of a celebrity.

Yeah, so I loved this book. The bit that bothered me is that Travis pines so long and so hard for the girlfriend who has moved on. I don’t know how to tell him to get over it, but sadly, that bit was a bit of a dud. Otherwise, I loved it! I reckon this book is like sci fi for the non sci fi buff! That is, of course, if you can get your head around the cryogenically frozen bit and the fact that Travis’ head is now on another boy’s body.

It’s a stretch, but I liked it. Otherwise, there was no other science fiction. No space ships, no alien invasions. Just plain old ordinary people who can’t believe this boy survived this very strange and scientific operation.

Cryogenics were always kind of interesting…