First of all, don’t be confused with another title with the word Gray in it; THIS has nothing to do with THAT. That said, let’s explore A Lighter Shade of Gray.

What struck me most interesting about the novel was the use of color:  To be sure, we all remark that the sky is blue or that our mood is blue and we are generally understood.  The use of color in this novel was not the same, however.  Upon reading the novel I am reminded of  Dr. Oliver Sacks and his research regarding neurological conditions in humans.  One especially interesting condition is synesthesia  in which the brain does things that other people’s brains do not, and usually in a good and unique way, like seeing words as colors or musical notes as colors, etc.  Devon, the main character’s mother often describes her experiences in color.  Devon’s mother also suffers from a mental illness, and although we’re not told exactly what it is (dementia? schizophrenia?), we wonder if the disease causes the color experiences.

Here’s an example of what a synesthete might see:

If this were Devon’s (or Lilibet’s) only tale, it would still be a troubling one.  Mixed in with and a tad confusing is Devon’s relationships with her friends.  Devon’s friends are a ragtag group of mixed ethnicity, none of whom seem to be able to hold down a job, like our protagonist.  Lack of income, however, does not seem to stop any of the characters from experiencing a full life.  Somehow, through these friends, Devon gets mixed up with the police and gang violence.  Our heroine, however, never seems to be troubled by the crime that surrounds her friends’ community and freely moves from her  community to her friends’ African American community with ease.  On a bike. Devon’s only possessions seem to be her rapier wit, her bike, her memories, and a stuffed hyena. Named Smiley. 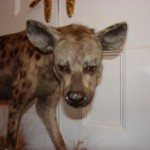 You can’t help but like a woman who has a stuffed hyena.  The question is: Why?  Why does she like stuffed hyena? How did she become so kooky as to want to acquire a hyena?  You can suppose she’s quirky and eccentric because of her upbringing: bookstore owning father and musician for a mother.  But yet those factors don’t add up to a quirky person, do they?  Not to me they don’t.  According to my math, Devon would be more like Martha Stewart or Jane Austen, more of a highbrow type and not a quirky loner eccentric.

But don’t get me wrong, Devon is a strong woman and I like her; most of the time.  The best line in the book comes from Devon, when she is verbally harassed by the misogynistic Marcus: he offers her some of his sexual prowess and she tells him to let her know when he “straps it on”.  You 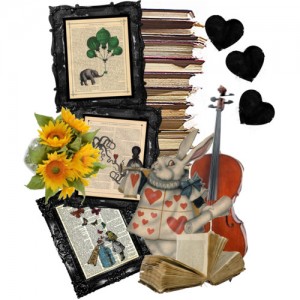 can’t help but snigger at a comment like that, especially because you don’t expect it from her!  It’s funny and the scene helps us to see her character.

There’s so much going on in this book: almost too much to follow, including a murder to solve.  I might have enjoyed it better if the author by the same name had stuck to the loved and lost tale that is so incredibly moving.

Still.  I enjoyed the book and give it two paws. 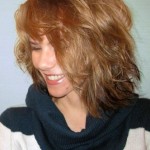 Wow, a stuffed hyena is certainly a conversation starter!

Thanks for being on the tour.

Synesthesia is fascinating! It’s really interesting what our brains can (and do!) do.

i know, that’s why i love Oliver Sacks’ books!